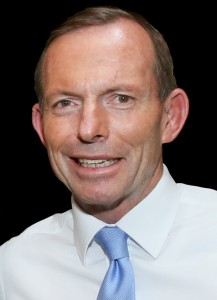 It is important to be seriously concerned regarding Mr Tony Abbott’s mental health at this stage.

It has been long known that mental health crises have an association with major life events, such as recently losing one’s job. Kendler and colleages in 1999 studied 2000 pairs of individuals, and determined that the risk of major depression increased by as much as fivefold following a major life event. We still consider that depression is not caused by life events per se, but rather by vulnerable individuals being exposed to stress, however sudden unemployment leads to worrisome outcomes for Mr Abbott.

If there is any consolation, in the event of developing depression he is likely to be in considerable company.

For example, one of his earliest actions in September 2013 which blocked pay rises for aged care workers was part of a cascade of interventions that damaged aged care mental health. Although most research suggests that people should expect better mental health as they grow older, there is a significant disparity between community dwellers and those in residential facilities, with some studies finding rates of depression as high as 50%. Abolishing the Advisory Panel on Positive Ageing in 2013, following that up with December 2014’s removal of the Aged Care Reform Implementation Council, Aged Care Planning Advisory Committee, Minister’s Dementia Advisory Group and even the Aged Care Standards and Accreditation Agency will lead to many more vulnerable seniors never receiving the care they deserve. At present we still do not have anything approaching an organised approach to aged care residences that are mental health aware, despite considerable demand.

However, he probably does not wish to relate to older adults, so the incredible mental health load of asylum seekers can be his next compatriates in suffering. Newman and Steel’s 2004 study identified threefold increases in psychiatric disorders in adults and tenfold increases in children, after detention. Australia even has the distinction of creating its own mental health diagnosis, with Associate Professor Sundram in May 2012 coining “Prolonged Asylum Seekers Syndrome” secondary to lengthy detainment with repeated rejections. Of course, now that the boats have been stopped there are less to worry about, as they’re not around here and therefore do not exist.

Some consideration must however be given to his likely need for professional sympathy, and fortunately his consistent approach to climate change creates an admittedly smaller but interesting cohort of fellow patients. That is, climate change scientists themselves. Holmes commented on Richardson’s interviews of several climate scientists, finding that they suffered “ from ‘pre-traumatic stress,’ the overwhelming sense of anger, panic, and ‘obsessive-intrusive thoughts’ that results when your work every day is to chart a planetary future that looks increasingly apocalyptic” – particularly in the face on widespread denial from those who could potentially actually make a difference. The American Psychological Association’s task force on climate change – formed primarily to work out how to convince leaders of its significance – has also identified considerable impacts on the mental health of the general population. Now that we know that wind power is just plain ugly, and that awful female-unfriendly carbon tax has been abolished, this fortunately frees up many more for Mr Abbott to empathise with.

It is remarkable to note that one man has done so much for mental health in such a short space of time. Mental illness is an important and dominant issue, and thanks to his efforts, there will soon be a lot more of it around.