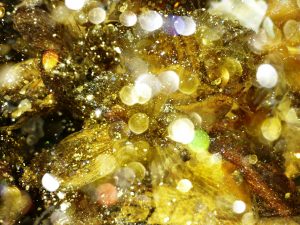 “So, how exactly did Australia save the world?”

Bob stopped, the freshly opened homebrew just barely at his lips. “What, seriously, you still don’t get it?”

Bill was tapping his drink against the side of his head for some goddamn reason. “I think I got it, but,”

There was a pause.

Bob clunked the bottle down clumsily on the patiobot, which recommenced chilling. There was a beautiful cold mist emanating from the mouth of the bottle, the kind that makes you know that the last three months of careful monitoring of the Hills system was worth it. The few lights on the side were isolated specks in the midst of the brilliant shades of yellow, purple and orange that the world was turning as the sun went down. Not a cloud overhead, but plenty in the distance filtering the last rays of the day. The weather was perfect, and the sun was just about to go down and provide what was definitely going to be an incredible sunset. Good brew, good view, and this dickhead seemed dedicated to ruining it. He sighed.

Bill’s forehead crinkled. As it already was crinkled before, there were fairly impressive new valleys formed. “I dunno Bob, it was kinda before my time.”

“Yeah, but, you know, legalising cannabis an’ all, kinda screwed with my, you know, what’cha call,”

“See, that was part of it, Bill. You and the rest of the world. Your lot copied off Colorado, who copied off Holland, and everyone else copied you guys, and before you knew it the whole world – except for us, cause we’re slow like that – decided grass was legal. They started calling it grass again, by the way. Problem is, no one had determined what the safe limit for marijuana use was, and it turned out that-“

“No, I mean that there was no safe limit. So the rest of the world’s IQs dropped by, well, a lot. America got hit hardest. World’s greatest democracy started running around with a population that was quite a bit dumber. Voted in a few fairly impressive idiots. Rich Mormon bloke, Wife of someone or other, heck they even found another Bush.”

Bill’s right index finger shot up. “That’s right! I voted for him!”

Bob groaned, and dialled back his expectations further. “Right, so anyway, lots of idiots who decide to do everything possible to screw up the world. No more immigration, so all the minorities started rioting. No more climate change scientists, so the smart guys stopped being smart. Seas kept rising, temperatures kept rising, whole world boiling, all that.”

“When do we get to Australia?”

“Right, then a bunch of people worked out that we had to do something to cool the world down. Something big. Something urgent. But first principles – the stuff that worked, but on a bigger scale. Need to plant trees. Need to plant lotsa trees. Need a really big landmass that’s mostly desert, with good access to decent irrigation, to quickly turn into forest.”

Bill stared, his brow locked in concentration. You could have planted potatoes in that forehead.

Bob waited with a bit more patience than he actually had.

“They tried, but didn’t work. No one around there, see? But lots of capital cities around here, with lots of people with ideas. Anyway, suddenly the whole world wanted to talk to us. We put our hands up once at the UN, and then, bang, it happened – we reforest Australia.”

Bob leaned back, and took the opportunity to take a few swigs of his brew. He noticed it was a bit quiet, so he gave the patiobot a kick, which started it quietly humming again. He didn’t really need to, as it had shut off due to having chilled the beer perfectly to the right temperature, but it was more for the serenity. He was also enjoying the 140 seconds it took for Bill to process a new idea.

He cleared his throat.

“So, turns out you need a lot of stuff in order to plant trees. You need money. Good thing is, whole world was heating up, and every country in the world had money they wanted to splash on a climate project – any project. So we got, like,”

Bob hesitated, and then shrugged his shoulders. “Sure, Bill, yeah. We got all the money. So, you need more than that. Technology – that was there, but there were always improvements. But what you really need is people – lots of people – in order to do the work. Not much time to save the world, you know, so all hands on deck. But, not many people want to actually work, apart from immigrants.”

Bob took a quick drink. “Right, so suddenly, the whole world’s in contact with Australia again. Talking to us, giving us money, uprooting their lives and coming here, sometimes all three (although those blokes were pretty confused but). All those refugees and people who didn’t have a place to live, suddenly we were sending them boats and bringing them over here. So long as you could handle a shovel, or a Mark III combined tiller, or executive task force, you were in, and you were paid. The Aboriginals were OK with it too – turns out the place originally had a lot more trees before anyway, and they kinda liked the idea of the country going back to what it used to look like.”

“It was kind of funny. Rest of the world – they had no idea what Australia was – kinda thought we were this forgotten tribe, you know, then they turned up and discovered we were actually sort of intelligent and had gifts and had the capacity to rescue the entire damn world.”

Bob thought about it as he finally took a swig of his carefully distilled brew. “No. No, I don’t think so.”

Bob paused, then cocked his head to the right briefly, and continued, “Anyway, yeah, so Australia got turned into a brand new lung for Mother Earth. Green everywhere. Kangaroos went nuts with all the forest, then the rest of the world got to try how they taste. Bang. No one cares about beef anymore, world food shortage suddenly reverses with all the cattle farming stopping due to lack of interest, and temperatures keep dropping back to normal. Those crazy weather patterns stabilised, everyone’s got jobs at every skill level, world economy shifted towards us, and because we were based on an industry that was about saving the planet, it was kinda stable. We had lots of capita- I mean, all the money, all the people, all the food, everything. No wars either – no need.”

“Woah. And then what happened?”

Bob finished his drink – it really was very good – and then wiped his mouth and turned to look at Bill. “What do ya mean?”

“I mean, what happened after Australia saved the world?”

“Well, they all had a good look at us, right. The world actually had proper contact with Aussies. Interface. Not like a quick photo at the Opera House. I mean, they’d spent a lot of time with us, and they kinda noticed that, you know, we like sitting back and, like, doin’ nothing. And now that the Earth was saved, and the economy’d all changed, and there were like loads of automated stuff now after all the agriculture technology and whatnot, and all the food was everywhere,”

“Woah. So, like, everyone just sits back, and watches the sun, and has a beer?”

Bill and Bob sat in silence as they took it in. The sun had now dipped quite low below the horizon, but they could still see far ahead. A few metres ahead of them were the Watsons, sitting at their patio, having a beer and watching the sun set. Couple hundred metres away from them were Kate and Lennie, who were sitting in their open-top convertible, having a beer and watching the sunset, chatting with Brian in his car parked next to them. In fact, as far as the eye could see, there were hundreds of groups of people, all preoccupied with the act of doing nothing. There were mountains blocking the view, but beyond them, and off to the distant seas, and all over the world , there were millions, billions of people, all of them singularly occupied in the seminal act of doing absolutely nothing.

Bill thought about it.

“This is how humanity ends, isn’t it?”