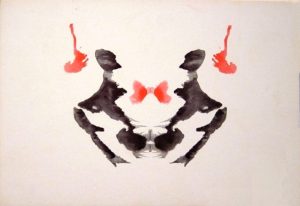 Some articles provide their benefit by means of tangible changes to patient care. A few others yield an improvement in quality of life for the clinician as well. Then there are those that improve quality of life purely by reading them.

Taylor’s 1984 article happily responds to all three, as early as the first sentence of the abstract, which beautifully – and perhaps self-consciously – addresses the problem at hand:

“Boredom is an unpleasant affective state which may be evoked by monotonous sensory input and reduction of an individual’s internal instinctual and fantasy activity.”

A common complaint for beginning therapists is their dissatisfaction with the process as a whole – feeling that they are not making any difference with the patient and that the same material is discussed without significant change. One of the major legacies to the art that Freud’s daughter left was an expansion of recognition of the principles of resistance – the awareness that the patient will often interfere in their own therapy, and recognising and responding to this is bread and butter to psychotherapy. Boring your therapist is one of the more destructive of these resistances, as it is so insidious – the therapist usually blames themselves for not paying attention, or wandering into clock-watching as early as a few minutes into the session. Then comes the failure to identify interpretations, or the dissatisfaction that any interesting ideas that the therapist interjects is met with the patient superficially responding to them, and then quickly discarding same.

Taylor notes that these are all resistance behaviours, but can quickly lead to the therapy becoming unfulfilling and plateauing, leading to termination due to the patient’s “lack of psychological-mindedness”. I greatly enjoyed the descriptions of the “chronically boring”, as these are accurate – “[they] have an impaired capacity for symbolisation and can be identified by their non-symbolic communicative style”. There are three mechanisms of inducing boredom that have significant implications for patient formulation.

Responding to the boring patient by working out why and how they are boring thus flips the experience, and can radically improve the quality of one’s engagement with a patient. It is also worth remembering that in psychotherapy and in medicine, the only boring patient is that for which the doctor has nothing to do. One who is still symptomatic is by definition interesting, no matter how much their psyche tries to pretend that they are not.