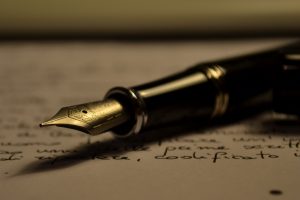 I once had a 70 year old patient with recurrent serious depressive episodes leading to suicide attempts. She was a “professional suicider”, in that she subscribed to an organisation that clandestinely posted out kits to help people kill themselves. I saw her after yet another attempt, wherein she drank a large amount of whisky and then attempted to use the kit. She was discovered on the floor a day later with some muscle damage and semi-comatose, but revivable to an almost full level of functioning. She explained to me a few weeks later that she now had a purpose to live – she realised her mistake was attempting to kill herself using the device whilst intoxicated, and that “thousands” of people around the world must be trying to do the same thing and failing. With a renewed mission in life, she decided that she would cease attempting to kill herself and would now play a more active role in the organisation, particularly in online messageboards, so as to assist other people to kill themselves more efficiently and help others to avoid the mistakes she made. It was one of the more confusing risk assessments I’ve ever had to make.

A problem that psychiatrists often have is the management of suicidal tendencies in patients with mental health vulnerabilities is that they often find support with the euthanasia movements to support their plight. In June 2015, a 24 year old Belgian woman known as “Laura” was granted the right to die for longstanding suicidal tendencies only. Like my patient, she did not have a life-threatening physical illness, only a persistent belief that life was not for her. Fortunately most psychiatrists do not see a wish to die per se as being a mental illness, provided that there are sufficient insoluble stressors causing the decision – such as a terminal or severely incapacitating physical illness. But we are stuck with the person who decides that they need to die, and our ability to override that need. And we override that need by deciding on whether they have capacity.

Capacity is defined as the ability that a person has to make a decision, and it is contingent on an unimpaired mind to reasonably take into account the context and implications of a decision. A person who is depressed, or delirious, or demented, may lack capacity with a particular decision. The doctors who tend to be guardians of capacity determinations are psychiatrists, mostly because we spend most of our time talking to patients.

One of the best decisions made by the British was the establishment of the UK Capacity Act in 2005, which laid down the means for a determination of an individual’s capacity in a brilliantly objective fashion that not only removed the need for psychiatrists, but even doctors. Any individual within the health system now had a framework that they could call upon to determine a patient’s ability to decide on matters – built into the framework were also contingencies to protect patients in the event that they were determined to lack capacity.

Australia does not have a capacity act – in practice, many of us use principles located within the Guardianship Act, but the determination can be subjective, and exploited. I recall a busy intensive care unit where the director of the unit shouted across to the psychiatrist on call “just document that she lacks capacity to do anything and we’ll do the rest.”

There are reasonable mental health principles that assist us with maintaining and protecting vulnerable patients from poor choices, and these are a world away from the suffering terminally ill patients for which the majority of the euthanasia debates run. In order to appropriately separate the two, the question of capacity must be determined – in the event of euthanasia being approved, the mechanism by which one decides they have capacity must be legislatively backed – and I suspect that this would be better done if taken out of the hands of the doctors, as the British have done.