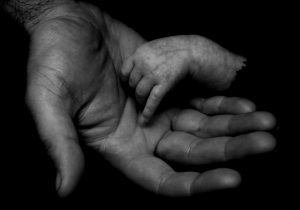 A famous study on parenting styles had two groups of psychiatrists being shown the same video clip. In the clip, a man is seen seated reading a newspaper, whilst his child is playing on the floor in front of him. After showing some distress with trying to get their toy to do something, a mother walks into the frame to assist the child. The first group, comprising English child psychiatrists, regarded the father’s actions as being inadequate parenting, with comments such as a “detached” and insufficient parenting style. The second group, comprising Japanese psychiatrists, had a remarkably different perspective, largely finding no issue with the father’s behaviour. There was even one comment that the father, who clearly had returned home after a long day of hard work, was not having his needs met by his inadequately functioning wife.

The study, whilst dated, is often cited as a recognition of cross-cultural perspectives in analytical psychology, but is also part of the broader problem of how to define fatherhood – specifically, what to expect from it, and what constitutes a “good” father. The Japanese psychiatrists of the time were used to an environment where the role of the male was to be largely absent but to be the financial backbone of the family. This to a certain extent is still true around the world. There have been considerable worldwide strides in re-evaluating social roles and expectations between genders, but this has been fairly recent. The previous generation had to fight to accord women several rights that are taken for granted today. Today’s fathers still largely parent based on the template most available to them – the behaviour of their fathers.

The temptation is to accord blame and to talk about good and bad fathers – as the opening example shows, this is meaningless in the setting of cultural preconceptions. Nonetheless, research has still been able to provide evidence for the role of the father – with a surprisingly open-ended measure.

In 2011, following an analysis of 36 separate studies (covering over 10,000 subjects), Khaleque and Rohner determined that the most potent effect on personality and personality development was one’s relationship with their parents. Personality problems depended severely on how children related to significant attachment figures. What was fascinating was when they looked at the impact of maternal attachment as opposed to paternal attachment – and found that the relationship with the father was often more important for how the child would function in later life. Theories abound regarding this, such as whether the child perceives one parent as a dominant partner in the relationship and therefore reacts more strongly to an impaired relationship with that individual.

Nonetheless, the study demonstrates the importance of fathers with regards to their children. It doesn’t actually say what to do, however, apart from the idea that they’re supposed to love them. That can be a difficult concept for many fathers, who perpetuate the cycle of the, if unintentional, emotionally absent father.

The promising concept is that the presence of love may be all that is necessary. Every father has had the unusual sensation when doing something for their child that they don’t quite understand, but nevertheless feels right. The sudden involuntary jump when their child appears to stumble over something on the ground, with the automatic reaching for their hand. The odd realisation that the little proto-human next to them is completely confident in themselves because they are aware of their father’s existence, and requiring nothing else.

Attachment requires few other ingredients apart from time and proximity. Even the most clueless father is usually able to get those two elements right. It is also heartening to know that, regardless of how many ways there are to look after one’s child, the presence of love is the most important decider. We still don’t understand why, but maybe we don’t need to understand everything.