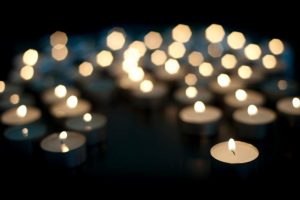 The Royal Australian and New Zealand College of Psychiatrists recently ran their annual elections for college president. Perusing the biographies of the nominees, one stood out in that they stated they were a “committed Christian”. I remember thinking that this was a rather courageous platform.

Religion and psychiatry have had a longstanding uneasy, and unusual relationship. Prior to the 19th century demons were held responsible for many psychiatric (and general medical) problems, but it was the French neurologist Charcot in 1882 who first connected religion and hysteria. Freud extensively wrote on religion as an infantile defense. For example, “Totem and Taboo” starts with an examination of Australian Aboriginal totem practices, and ends with the determination that all religion was a result of collective guilt as a result of our ancestors killing a father figure. To be fair, it’s a very long book, so the leap in logic is not that abrupt, but the essential message echoed many thoughts of the psychiatric fraternity: the quest for sanity necessitates the elimination of religion. A 2004 study of UK psychiatrists found 54% believing in God, as opposed to 71% of their patients.

Recently, however, things have taken an unusual turn. A subset of mental illnesses called personality disorders, which were once thought untreatable, now have numerous effective talking therapies. DBT (Dialectical Behaviour Therapy), an effective treatment for borderline personality disorder (BPD), found its roots when Dr Marsha Linehan had a profound moment of insight whilst at prayer. In a small Catholic chapel struggling with her own BPD, she experienced firsthand what she later called “radical acceptance”, which started the foundations of what was to be a lifechanging global initiative. To further complicate the religion/psychiatry issue, a sizable proportion of the therapy involves modified Zen Buddhist teachings, in order to assist the sufferer in regaining control of their dangerous mood instability. I recall once working at a clinic that used to send patients directly to a local temple, presumably so as to cut out the middle-man.

Koenig in 2001 (and again in 2008) demonstrated that the vast majority of research published regarding the impact of religion identified generally better mental health for those with religious affiliations than without. This phenomenon is being observed all over the world in scientific literature – even whilst newer studies haven’t found an increase in belief amongst practitioners themselves. This leads to the problematic issue, of how to harness the beneficial aspects of religion, irrespective of one’s own religion, or lack thereof.

A read through of my archive of treatment recommendations yields a wide variety of potentially questionable approaches. The literature has suggested (based on other clinicians having done the same) that I appeal to the patient’s belief in their higher power in order to encourage them to take their medication. I should consider praying with my patient. I should invite the patient’s religious advocate to intervene on the patient’s behalf. I should phrase the patient’s substance abuse issue as a “moral failing”, and therefore incorporate Bible verses for daily meditation in order to improve functioning. I should utilise Hindu meditation techniques, complete with reciting religious texts, for the purposes of improving patient functioning, and do so together with the patient in order to model appropriate behaviour.

Perhaps the progression is not unusual. Considering the psychoanalysts’ tirades against Christianity at the time, C.S. Lewis once observed that psychotherapy “overlaps with Christian morality at some points and it would not be a bad thing if every parson knew something about it.” Both religion and medicine aim to improve lives, after all, and they eventually would be expected to coincide.