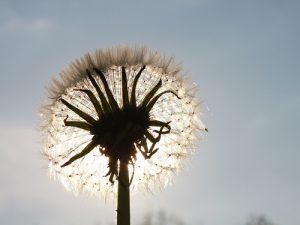 Hi, I understand you have Alzheimer’s. It’s important first of all that you let someone know that you’re reading this; because in about 30 seconds you will forget it. It doesn’t mean that it’s not worth reading though. I’m probably biased, but I think it is.

The thing is that, if you’re reading this, what’s happening is that the part of your brain that’s involved in what’s called “encoding” is damaged, and not working properly. It interferes with your creation of new memories. But you’re still able to read this, aren’t you? So if you’re not able to make new memories, how is it that you can understand a whole sentence, made of individual words?

The answer is called “Registration” – you actually are able to remember things, it’s just that that kind of memory lasts for a very short time, about 30 seconds or so. I mentioned it at the beginning of this article; if you don’t remember, feel free to head back there and read it again.

Now, if you’ve read this a couple of times, even if you can’t remember the details of it, you’ve got a bit of a “feeling” regarding the article, don’t you? It’s got a sort of lighthearted feel, with a bit of technical information in it. The more often you read it, the more often you’ll remember some details.

And that’s because although you’ve got damage in the part of the brain that’s doing the ‘encoding’, there are other parts of your brain still active. It _is_ possible for you to form new memories – it just requires a great deal more work for you. Fortunately I’m patient – in fact, I’m precisely as patient as you are. This by the way works for other things – if there’s something you need to remember, have someone write it down so that you can read it over and over again. It will eventually go in, usually when you get frustrated.

Not a joke! Because earlier I said something about the “feeling” of the article. Here comes another strange way your memory is affected, or rather not affected – you have difficulty forming new memories, with details like words an events. But your emotional memory is much less affected. You will remember feeling happy, or bemused, or even discombobulated. You probably won’t remember why you feel those things, but they’ll be there anyway. By the way, this is why when people tell you bad news, you may remember feeling awful, but not know why. Make sure they give you something written, you may not want to read it, but it will help.

So, to recap – if your brain’s a warehouse, the guy doing the paperwork at front isn’t doing that great a job. You’re able to hold things in your head for about 30 seconds, but no really after. If you’ve got something emotional to go in, he does a much better job, even if the labelling’s terrible. Know what else he’s still good at? Getting stuff out.

The stuff that was in there before you got Alzheimer’s is still there. The memories from your childhood, the embarassing thing that happened to you as a teenager that you would be mortified if anyone found out – they’re all still there. From the time that the Alzheimer’s started to hit, your ability to put stuff in has gotten worse and worse – apart from emotional stuff. For some people, all they remember is that they’re upset that they can’t remember things. Comical to others, tragic for them.

So don’t be one of those people. There is a very narrow thing that you are impaired in – you have difficulty with forming new memories, but you have emotional responses, and emotional memories, and incredible, fantastic biographical memories. You might not be able to enjoy a good book, but you’ll be able to enjoy poems. Stuff that you can hold in your head for 30 seconds will still be meaningful for you – and after you forget the details, the way it felt will still stay in your soul. That which really makes you human – the ability to laugh, to love, to cry, and to enjoy life, to enjoy a moving opera and spit out an offensive grape, they’ll still be there, and they’ll be there for a very long time. What you’re going to miss is all the distractions – all of them.

If there’s something that’s really so important you need to think about it for more than 30 seconds, keep a notepad next to you and write it down. And if other people really need you to know stuff, they can write it down too. But in the meantime, your job as a human being is to live, and to feel.