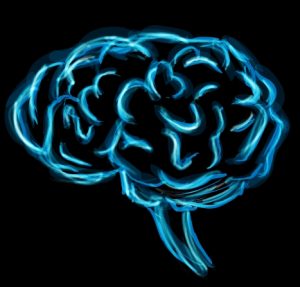 Dopaminergic theories of schizophrenia predominate most psychopharmacological teaching regarding relevant receptor contributions to mental illness. We discuss dopamine-mediated flow through prefrontal and limbic regions, with a certainty borne from decades of successful drug development research.

Many are aware of the many alternate hypotheses regarding schizophrenia, particularly the ‘glutamate’ hypothesis, whose receptors are much more widely distributed to the brain, as well as involved in many regions which do not appear to be relevant to most psychotic phenomenology—such as visual cortices. Given the success of many targeted antipsychotics, particularly the development of aripiprazole, the glutamate hypothesis has had limited favour. A strong opponent to the integrity of dopamine theory was previously the effectiveness of clozapine, which is usually regarded as having relatively weak dopamine blocking activity. However, different techniques for measuring the strength of this blockade reduced interest in this apparent anomaly, although it remains a controversial issue.

There may be a significant change in this, however, with newer analyses of glutamate receptor prevalence in human studies. In May 2016, Mouchlianitis demonstrated that the brains of treatment resistant schizophrenia patients were categorically different—specifically, in elevated anterior cingulate cortex glutamate receptors. This surprising difference was determined from assessing 21 treatment-resistant and 20 treatment-responsive patients. It was postulated by the authors that this could play a role in explaining resistance to conventional antipsychotic treatments, which are D2-receptor blockers. A systematic review in January 2017 found nineteen studies with similar findings—treatment-resistant patients showed glutamatergic abnormalities, a lack of dopaminergic abnormalities. Significantly, it also noted significant grey matter decreases compared to treatment-responsive patients.

Why does this matter? When one considers our standard paradigm in dealing with treatment resistance—try two typical/atypical agents, aiming for sufficient dose for dopamine blockade, and if they fail try clozapine, which remains considerably more effective than any other agent we have—it potentially makes sense in determining why some agents work, and others don’t. We are already suspicious of schizophrenia being an agglomeration of several similar conditions. An independent objective test that determines categorical distinction is a major step forward in clinical precision.

The next question we have to ask however, as clinicians, is whether this is information that is of immediate clinical use. Do we have agents that act on glutamate? Back in 1997, Evins found that clozapine treatment was associated with increased serum glutamate and aspartate concentrations. William in 2004 noted that a number of older agents—specifically, haloperidol, thioridazine, chlorpromazine and clozapine—all appear to interact with Type 1 Glycine transporters, which enhance NMDA receptor function, which are themselves expressed on GABAergic interneurons. Could it be possible, that we should divide our armamentarium into dopamine agents and glutamate agents, and use them accordingly depending on either an objective receptor profile, or knowledge of which agents had failed in the past with a particular patient?

These questions can lead us closer towards the truth of understanding why certain agents work on some patients, and others don’t. I’m reminded of a particularly interesting patient who was very unwell on several different agents as monotherapy, until I tried augmenting low dose quetiapine with low dose haloperidol, to prodigious results. Interestingly she rapidly decompensated with attempts to cease either agent, but there was an incontrovertible benefit to remaining on the otherwise nonsensical combination. My hope is that someday, psychopharmacology advances enough to explain my stranger clinical decisions.

We once thought the typical antipsychotic agents were superior to any alternative ‘new kids on the block’, and once shunned concepts of isolated pathological neuronal pathways as being new-age phrenology. It’d be interesting if it turns out in the future that some of those ideas, in a way, were actually right all along.