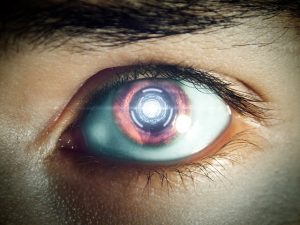 It was shortly after the second mission to Mars that society finally ceased.

It was probably 2050, although the date is certainly in dispute, when sexual perversion was finally eradicated. It was, unsurprisingly if uncharitably, the Germans who were responsible, but with noble causes. In 2005 the Prevention Project Dunkelfeld took the unusual step of mass advertising to find those with pedophilic urges, for the purposes of encouraging them to step forward and receive treatment. There were parallels with the Americans, such as Professor Letorneau’s network of individuals all trying to suppress their urges. However, they were up against the same problems that the failed aversion therapists of the 1970s found – that pedophilia, and many sexual perversions, were in fact sexual orientations and fundamentally unchangeable, only repressible. Whilst this had been well known amongst academics, the mass recruitment of these individuals now brought them into the public eye, and the debates regarding sexual identity restarted. If these were socially unacceptable sexual orientations, what about bestiality? Bisexuality? Pansexuality? Who decided what was wrong or right?

There was a powerful religious component, naturally. By then most once-powerful mainstream churches that had made the mistake of embracing homosexuality had since declined into minor grassroots movements, leaving congregations packing only the conservative churches. Those that remained were slight, and battled against a world that viewed their doctrine as immature and relics of a primitive society. This was their chance. We warned you, the message was, Sexual perversion is a sin, and denial of anything but a male or female identity is an Abomination.

It was their time to shine, and the debate was simpler now as it was no longer about gender identity. That had been settled by John Hopkins University, which in the 1970s ceased offering sex-change surgery after determining that transgender identity was in fact a mental illness. It took several decades for the work of Professor McHugh to be embraced by the broader psychiatric community, but the poor outcomes for sexual reassignment surgeries, the persisting 50% suicide rate for transgendered individuals, and the disaster of the Oslo commune cemented the end of the debate.

That was a curious experiment, and even attracted some cautious government funding, but the Norwegian initiative in 2030 was to establish a large residence for village-style living and an interesting sociological premise. In this society, people were free to choose any gender, free to express their sexuality however they wished, and there was shared responsibility for the upbringing of children. There was a massively decentralised system of government, world-class health care, and self-sufficient agriculture. It was certain to work, argued its proponents, as anthropological history was replete with similar examples. What about the hijras of India, or the mak nyahs of Malaysia? It was supposed to be a perfect utopia, but it didn’t take long for the horror stories to slowly filter through to the real world. Their defenders argued that the experiment was spoiled by a couple of narcissistic predators, but it was hard to hear their voices over the screams.

So gender identity was now rewritten as Gender Dysphoria again, and the unfortunate situation that a person had a mind that didn’t fit with their body, required a change in the mind, not the body. One could not maintain a mind that did not have a rational connection to the real world. And all criminal behaviours – bestiality, bisexuality, asexuality, narcissism, excessive drinking, prodigious thought, paracetamol intake, beliefs in higher powers as opposed to biological determinism – these all had to be eradicated.  And it was 2050, when they worked out how to do that.

It was as an afterthought that Religion entered psychology textbooks as a listed immature defence mechanism – “supernatural preoccupation in order to avoid personal responsibility”. In the Diagnostic and Statistical Manual (Version 8), homosexuality quietly slipped back in as a listed mental illness, after it was removed in 1973.

The war between religious doctrine and identity diversity was finally over, and there were no survivors.

And with that, there was no further growth. Society stood still, forever and ever, as the seas rose.