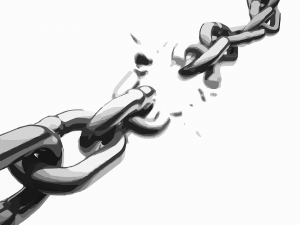 “Break Free” is a commercial created by German student Eugen Merher. Intended for Adidas, it shows a gentleman in an aged care facility who becomes obsessed with reliving his glory days as a marathon runner. Restrained from leaving the home, and with cruel nurses tossing his shoes away, he seems initially defeated, until his friends are able to surreptitiously rescue the footwear. Reunited with his source of power, he is able to perform a victory run to escape the nursing home, and head back into the world that he missed for so long. And surely nothing will go wrong ever again.

The short video makes several leaps in logic within a fairly brief period, but it has gone viral on the Internet. Scarymommy.com stated that it “captures a quintessential part of the human experience: aging.” At time of writing it has attained over 8 million views on youtube. The world loves the idea that the video presents, of the empowerment of the disempowered, of the older person able to escape the confines of a restrictive, dehumanising world. By sheer force of hope and the indefatigable human spirit, one is able to overcome, and recover what was lost.

As an old age psychiatrist, a considerable amount of my work is due to this myth.

It is an understandable sentiment, but incredibly destructive. Ageing is an challenge, and a privilege denied to many, but for those who obtain it the mindset of recapturing one’s past is a frequent source of distress. I’ve previously written about incapacitated, isolated people remaining in giant empty houses rather than tolerate the indignity of moving to a nursing home, mostly due to an inability to tolerate change and the possibility of a better life. Depression, despite popular opinion, is not an expected part of growing old – in fact, the evidence is that mental illness as a whole is less common as one gets older. Loss, however, is an integral part of ageing. Loss of friends, loss of function, loss of role.

That loss, however, does not “kick in” at a particular age. Theories on ageing have changed from previous models of frailty and the concept of “the elderly” to many newer ones, such as the Janus model, which sees ageing as part of the twin processes of growth and senescence. This means that all of us, from birth, have processes involving change that mean that there are elements of progression, as well as elements of regression, both streams persisting throughout life. Loss and deterioration are inescapable elements of ageing – but this does not mean that growth stops.

I once looked after a patient who had a particularly difficult dementia – with profound frontal lobe damage, there was hardly any meaningful interaction she could have with any other individual. Amid the discarded bandages and assorted refuse of the room, her walls were incongruously decorated with incredibly intricate cross-stitch patterns. She had an incredible sense of colour and precision. During a period of stability, the nursing home was able to put together an exhibition of her work, and for the first time in her life her creations were put forward for everyone to see. Her family reported that it was the happiest that they had ever seen her. This was in her last month of life.

I write this just after coming away from meeting with a man this morning, who I diagnosed with rapidly progressive dementia. We’d done our best, but as I spoke to him, I was aware that it would likely claim him within months. As it’s not a clear prognosis I did not give him this information, but I had the feeling that he was nevertheless aware. He told me how he felt, that the life he had now was not the kind of life he thought he would have. He fluctuated during the meeting, the dementia’s creep claiming parts of his thinking, giving him bizarre ideas that he had only partial insight into. I knew that he had lost much, and had much more to lose.

But he was still there, and he intended to still be around. He wasn’t happy with his hearing, and had plans with his general practitioner to try to address it. He was talking to everyone who would talk to him at the facility, and making new friends. He was making future plans with whatever he needed to do. He was finding things to do. And, despite everything, he was not depressed. He thanked me for being there. He had no idea I felt the same way.

Ageing is scary, and fantasies of rescue are an understandable response to the insurmountable. But there is another approach – one that accepts the loss, and the deeply personal challenge, and meets it. Loss brings pain and suffering. But whilst there is life, there is growth.